The brutal game began among the ruins of Kilmoon Church …

Desperate to mend her troubled past, Californian Merrit Chase travels to Ireland to meet her father, Liam, a celebrated matchmaker. While tourists gather for the annual matchmaking festival, Merrit battles the anxiety and guilt that have plagued her since the death of her mother.

Like her mother before her, Merrit becomes ensnared in a web of betrayal and hatred that she must unravel if she’s ever going to find peace. Why has Merrit’s arrival triggered a rising tide of violence that includes murder? Most of all, what lurks beneath Liam’s charismatic smile?

As Merrit circles ever closer to the truth that emanates from Kilmoon’s grounds, she discovers just how far she and others will go to get what they want. The truth isn’t what it seems, and only her father understands how vengeance can strike from beyond the grave.

Lisa Alber evokes a world in which ancient tradition collides with modern village life and ageless motivators such as greed and love still wield their power. Kilmoon captures the moodiness of the Irish landscape in a riveting mystery that explores family secrets, betrayal, and vengeance.

Scroll down to view advanced praise! 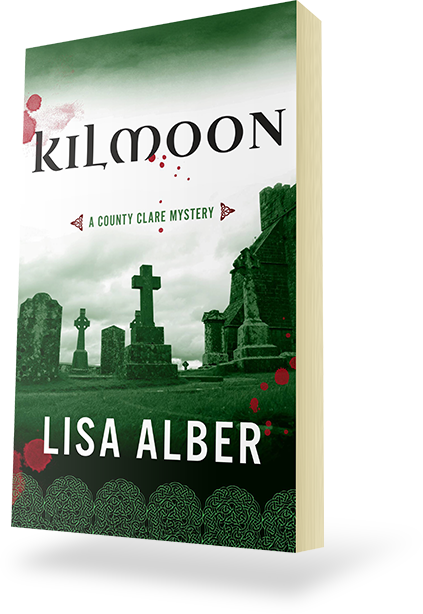 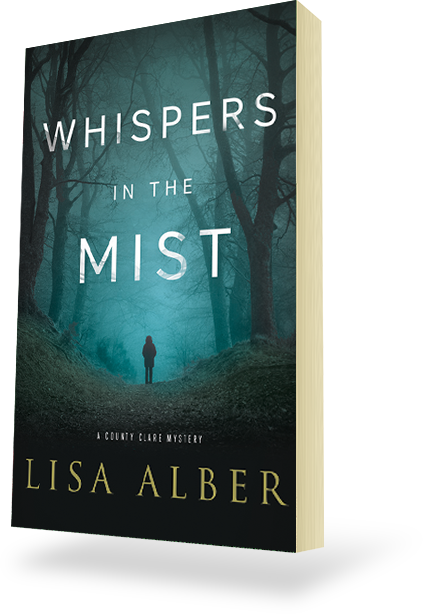 Whispers in the Mist 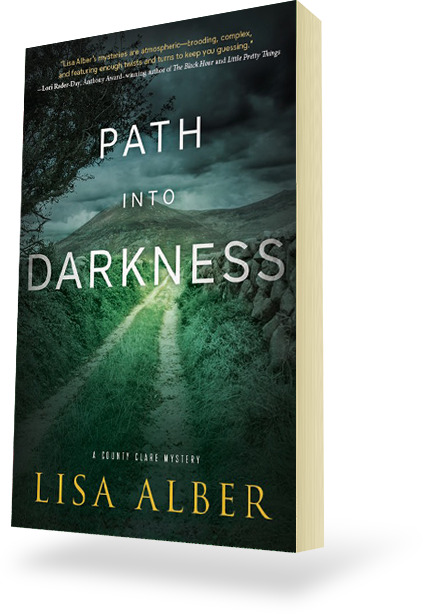 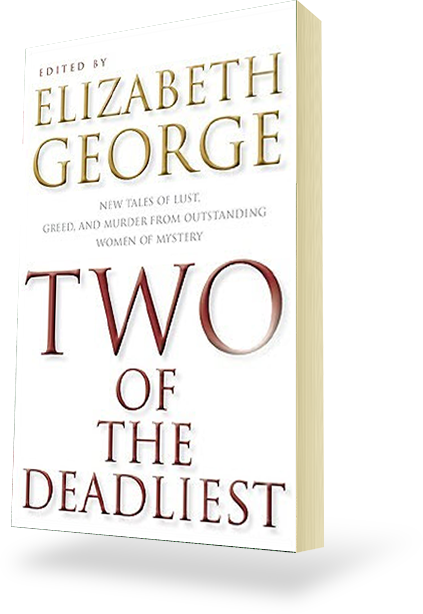 Two of the Deadliest, an Anthology

“In her moody debut, Alber skillfully uses many shades of gray to draw complex characters who discover how cruel love can be.”

“I’m thrilled to have found Lisa Alber and Kilmoon. She’s first and foremost, a wonderful teller of stories. I was drawn into the mystery within the first pages. Her richly drawn characters move about in a setting painted for us with lovely detail and that offer us the opportunity to travel with her. Though this is primarily a mystery, it is also a complex and fascinating journey to a place and people that will stay with you long after you close the book.”

“Lisa Alber’s assured debut paints Lisfenora, County Clare, at the height of the local matchmaking festival, when the ordinarily sleepy village is crammed with revelers, cadgers, and con men galore. Amid mysteries and mayhem, Alber captures the heartfelt ache in all of us, the deep need for connection, and a true sense of purpose.”

“In the captivating Kilmoon, Lisa Alber serves up a haunting tale of Merrit Chase, a woman who travels to Ireland to sift through her family’s dark past in search of a future seemingly fated to elude her. With exquisite craft and a striking sense of place, Alber serves up a rich cast of unforgettable characters and an intricate, pull-no-punches plot. Raw with grief and painful honesty, Kilmoon is a soulful and beautifully told tale that never lets up, and never lets go.”

“This hauntingly lovely debut mystery evokes the romance of Irish lore and melds it with the poignant longings of a California woman. When Merrit Chase seeks answers to her deepest heartaches and oldest questions, she slams into the eccentric souls who populate the village of Lisfenora, County Clare, and at least one of them is a killer. Some residents hint at ancient wounds with shocking ties to the present, while others entangle her in their own disturbing intrigues. You will be charmed by this nuanced look into the eternal mysteries of the human heart.”

“Moody . . . Engrossing . . . Lisa Alber weaves an intricate plot and vivid characters into a twisty story about betrayal and family secrets, redemption and love. A splendid debut!”

“Full of surprises . . . Great Irish setting, compelling characters, and a tale full of passion, hate, and murder, told with style and craft.”

“What a beguiling start to this new mystery series! Clever, suspenseful, and complex—Lisa Alber is a consummate storyteller. I can’t wait to read her next installment and neither will you.”

“Lisa Alber’s gripping debut signals the arrival of an outstanding new voice in the realm of crime fiction. Her dark Irish tale of family, love, murder, and matchmaking is a literary pot of gold.”